Bold rise of a new company

Pursuant to the articles of association, the tasks of the new institution were performing road construction, major repairs and reconstruction work in Tallinn and its vicinity. The first registered office of TEV-2 was Tulika 9, Tallinn.

The most important sites and facilities

1959-1962 – the formation on the Pärnu highway 53.2-57.9 km section was extended to 12 metres. The highway – 7.2 metres in width – was immaculate and conformed to modern requirements, considering the context of the period in which it was constructed.

1960-1962 – construction work on the Liiva-Saku-Kanama-Keila highway on a section with a length of 8.2 km. On this section, the most labour-intensive object was constructing the 86.7-metre long Valingu overpass.

1963-1966 – construction of Akadeemia tee, Vilde tee and Ehitajate tee in Mustamäe by way of procurement and reconstruction of Pirita tee and Pärnamäe tee.

1964-1967 – work on the Tallinn-Narva highway 4.9-12.2 km section. The work resulted in a highway section with a length of 7.1 kilometres that was the first in Estonia to feature dual carriageways for traffic travelling in opposite directions.

The new road construction company belonged to the third group of establishments. At that time, this division meant modest payroll opportunities and smaller investments.

In its first years of operation, the main focus of the young company was introducing a new asphalt concrete technology. Following the launch of the Lagedi asphalt concrete plant in 1961, much consideration was paid in the middle of the decade to the usage of surface-active additives that helped improve the adhesion of road cover and the levels at which the mixture could be processed. The Lagedi industrial base was the first in Estonia to implement the technology elaborated by Johannes Hint, which was further developed in the Moscow Research Institute. This technology allowed producing water-repellent fillers.

Creation of the industrial base

In relation to the new development strategy approved by the Ministry of Road Transport and Highways of the Estonian Soviet Socialist Republic in 1956 that established the focus of modernising the local road network within ten years, the Tallinn Road Administration had to urgently find a site for the industrial base required in order to implement the strategy. The first item on the agenda was constructing an asphalt concrete plant.

In the Soviet era, the operation of a construction organisation without the company's own thoroughly developed industrial base was inconceivable. Gunnar Laev, Chief Engineer, was therefore tasked with urgently finding a site that would be suitable for producing asphalt concrete.

As one of the essential prerequisites for establishing the industrial base was the proximity of the railway, two options were on the table: Lagedi and Riisipere. The final decision was made in favour of Lagedi. Planning and designing the industrial base began in 1959. The first batch of production was received from the Lagedi asphalt concrete plant in 1961 and it was used for the Tallinn-Tartu highway. Lagedi asphalt concrete plant was the third such plant launched in Estonia in addition to Pahnimäe and Toila.

Development of the industrial base and major projects

Jüri Riimaa became the new manager of the company in 1973 and a new era began in the management of the company. Riimaa's term of office oversaw the construction of the Tallinn ring road and the so-called Olympics Project.

Development of the Pärnu mnt 463 industrial base

By the beginning of the 1970s, all eleven TEV-2 production facilities were situated at Lagedi:

However, the company with its rapid technological development required the construction of an industrial base that met modern requirements. In 1966, the company was transferred to category II that gave rise to an improved perspective for further substantive development in addition to some structural changes. One of the respective outputs was the plan for constructing a new base for the company in Vana-Pääsküla.

In the spring of 1978, the administrative division of the company moved from the small and confined Tulika headquarters to the new building constructed in Vana-Pääsküla. The site of the headquarters of TREV-2 has remained there ever since.

In 1979, the Design Institute EKE Projekt prepared the plan/outline for the second stage of the Pääsküla industrial base and the technical project for the engineering block.

By 1972, the mixers of the Lagedi asphalt concrete plant were equipped with D-597 dust collector devices. Control measurements that were conducted later indicated that upon the production of porous asphalt mixtures (coated crushed stone, binder), the new equipment allowed reducing air pollution to the levels permitted by sanitary requirements.

As of 1977, automated control systems with slide moulds were used for producing and laying asphalt and casting kerbstones.

1972-1975 – construction work continued on the Narva highway 12.2-32.3 km section. The work comprised the construction of a new formation. In the course of the work, the concrete cover laid by German prisoners of war in the end of the 1940s was replaced with asphalt. 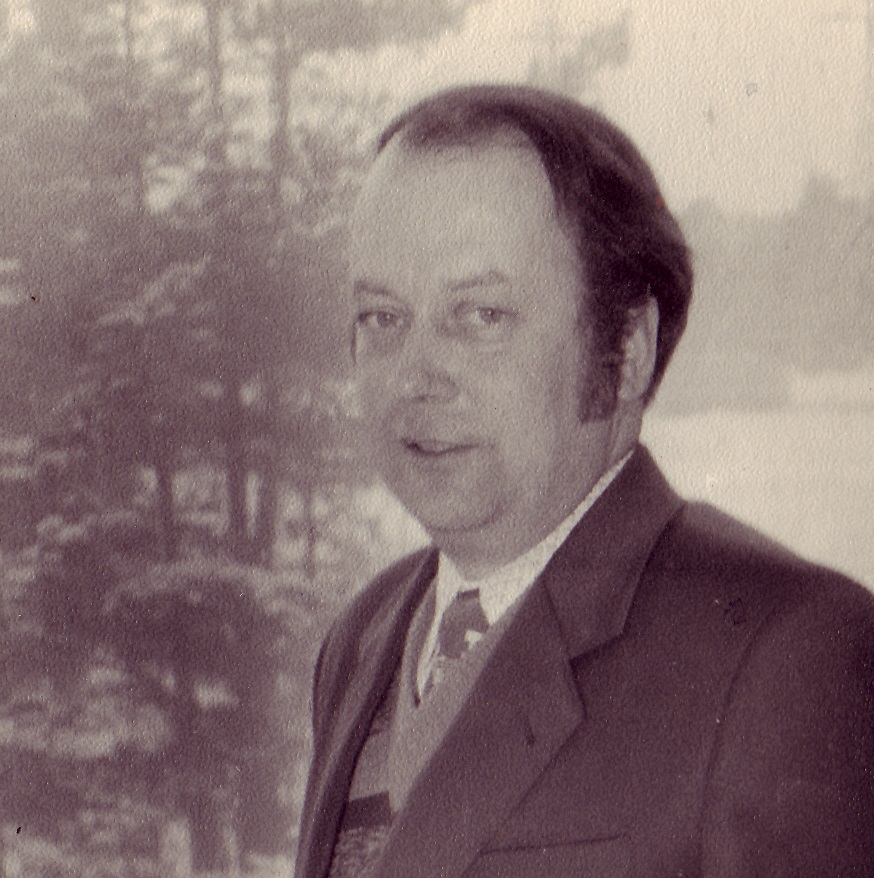 1982 – TREV-2 constructed the Tallinn Airport runway. Reconstruction work on the runway cover has also been performed in the subsequent decades.

1986-1989 – repairs from the beginning of the Tallinn ring road until the 31.5-kilometre marker, including the construction of the Peterburi mnt intersection.

1987-1991 – extensive reconstruction work began on the Tallinn-Tartu highway. In the first stage, the Järveküla-Assaku road 0.57-3.97 km section was constructed along with the Assaku traffic junction. In the second stage, work was performed on the 3.97-14.8 km section.

In 1985, TREV-2 had soil reserves at Valgejõe and Huntaugu adjacent to the sections of the Tallinn-Narva highway that was undergoing reconstruction. Raudoja reserves were used for construction work on the Piibe highway. Tammemäe quarry and Kõrnumäe quarry situated near Tõdva were in usage; both were situated adjacent to the Kanama intersection. The gravel pit was situated near Ruila. The intermediate storage facilities for crushed stone were situated at Koeralooga adjacent to the Jägala intersection and next to the Tallinn-Tartu highway 30-kilometre marker. In 1989, sand was extracted from the Huntaugu, Kuusalu, Vahelaane, Harku and Tammemäe quarries.

In 1986, the projects for the Kalajärve and Kuusalu quarries next to the Tallinn-Narva highway were finished.

By 1989, the Pärnu mnt 463 plot incorporated the following finished buildings and facilities:

Installation of concrete shoulder with the Vari-Former construction vehicle, 1982. In 1982, Peeter Vilipuu became the manager of TREV-2. Gunnar Laev continued working as Chief Engineer until 1991. The first period of office of Mr Vilipuu (1982-1991) oversaw large-scale work on all three major highways and the Tallinn ring road, which was rendered possible thanks to the enterprising spirit of the company upon the acquisition of modern and powerful equipment.

In 1982, the modern paving machine Titan with a width of 12 metres was acquired by the Estonian SSR in relation to the construction work of Muuga Harbour and largely thanks to the initiative of Gunnar Laev.

In 1981, the Vari-Former construction vehicle for installing concrete shoulders was purchased from an exhibition in Moscow. In order to ensure a higher work quality, a concrete shoulder was installed at the edge of the road before laying the asphalt cover. Resting on the shoulder, the paver ensured a stable vertical and horizontal profile for the cover. A working group for concrete work was established, comprising the Vari-Former UF-11, MTZ tractor, three concrete mixer trucks C-92-1, and a hauling vehicle. After three years, the new technology was extensively used by the company.

In the 1980s, a new road-profiling vehicle was put into service. The technology of the vehicle originated from the United States, from the so-called CMI set. A high-quality base was prepared for the Titan paver thanks to the vehicle produced in the Soviet Union under licence. The properties of the vehicle included an automatic control function.

1989-1994 – construction of the Ruu-Aaspere second implementation region, i.e. the Kivisilla-Kuusalu section (30-36.5 km) along with the Kiiu intersection.

2007 – construction of the Jõesuu bridge

Asphalt mixing plants all over Estonia

In June 2013, the most modern asphalt plant in the Baltic States was opened in Harku. Ca-Long Engineering Machinery, a Chinese-Canadian joint enterprise, supplied the CL-3000 asphalt plant in a total of 31 shipping containers that were brought to Estonia by ship from Tianjin Port in China. The former asphalt plant from Ukraine was decommissioned.

The investment volume exceeded one million euros and the completed plant also offers all the high-quality asphalt mixtures used in Estonia to other Estonian road construction companies.

The following plants were previously acquired:

Achieving a comprehensive range of services

In April 2005, the company increased its shareholding in AS Titania, a company laying asphalt cover, from 10 percent to 90 percent. AS Titania introduced another essential field for the group – landscaping. The group was now able to offer comprehensive services from the preparation of construction to landscaping.

An important change in the activities of AS Teede REV-2 took place in 2000 when the state began to reorganise the highway maintenance system. The first company to be privatised was the Põlva Road Administration, including its maintenance work and production. AS Teede REV-2 won the contest. Following the purchase, the company established the subsidiary AS Põlva Teed, and for the first time in the history of the company, road maintenance issues were tackled.

The company purchased the maintenance work and production of Rapla County in a contest and established OÜ Rapla Teed.

In 2002, the company purchased the assets of the Valga Road Administration and established OÜ Valga Teed.

Technological development as the key to success

The company began to actively pursue possibilities for purchasing an asphalt-milling machine in 1994. Despite the substantial business risk and restraint shown by banks, the company was able to purchase a Wirtgen milling machine (2100 DCR) with a width of 2.1 in 1995. The company was able to win the asphalt cover repair procurements that began in the middle of the 1990s at the initiative of the Estonian Road Administration thanks to the new milling machine and the newly implemented stabilisation technologies. Within three years, AS Teede REV-2 was the only Estonian road construction company to have employed modern technologies.

Controlling road construction vehicles via laser beam that has become habitual and regular by present day was implemented by the company in 1997.

When reconstructing the Tallinn-Tartu highway 175.5-179 km section in the summer of 2004, the company was the first in Estonia to utilise the stabilisation of the asphalt concrete cover with a steel mesh.

Privatisation and restructuring of the company

In 1992, the state enterprise TREV-2 was reorganised into the leased enterprise Teede REV-2.

As a result of the reorganisation, the asphalt company Titania was separated from AS Teede REV-2 at the end of 1990. Gunnar Laev became the CEO of Titania.

The construction of the engineering block at Pärnu mnt 463 that began in the 1980s was finished in the second half of the 1990s. The engineering block, initially meant for TREV-2, now also houses the Estonian Road Administration.

At the beginning of 1991, the project for reducing the residue stock and lowering the water level of the Huntaugu quarry was completed. At the same time, TREV-2 received the Seli quarry project situated next to the Jüri-Aruvälja road section.