Jüri Riimaa became the new manager of the company in 1973 and a new era began in the management of the company. Riimaa's term of office oversaw the construction of the Tallinn ring road and the so-called Olympics Project.

By the beginning of the 1970s, all eleven TEV-2 production facilities were situated at Lagedi:

However, the company with its rapid technological development required the construction of an industrial base that met modern requirements. In 1966, the company was transferred to category II that gave rise to an improved perspective for further substantive development in addition to some structural changes. One of the respective outputs was the plan for constructing a new base for the company in Vana-Pääsküla.

In the spring of 1978, the administrative division of the company moved from the small and confined Tulika headquarters to the new building constructed in Vana-Pääsküla. The site of the headquarters of TREV-2 has remained there ever since.

In 1979, the Design Institute EKE Projekt prepared the plan/outline for the second stage of the Pääsküla industrial base and the technical project for the engineering block.

1972-1975 – construction work continued on the Narva highway 12.2-32.3 km section. The work comprised the construction of a new formation. In the course of the work, the concrete cover laid by German prisoners of war in the end of the 1940s was replaced with asphalt.

By 1972, the mixers of the Lagedi asphalt concrete plant were equipped with D-597 dust collector devices. Control measurements that were conducted later indicated that upon the production of porous asphalt mixtures (coated crushed stone, binder), the new equipment allowed reducing air pollution to the levels permitted by sanitary requirements.

As of 1977, automated control systems with slide moulds were used for producing and laying asphalt and casting kerbstones. 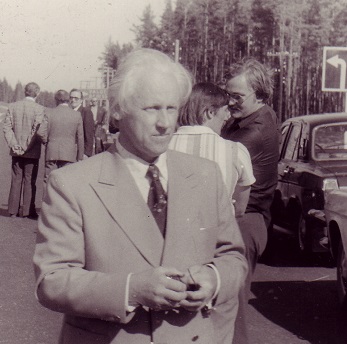